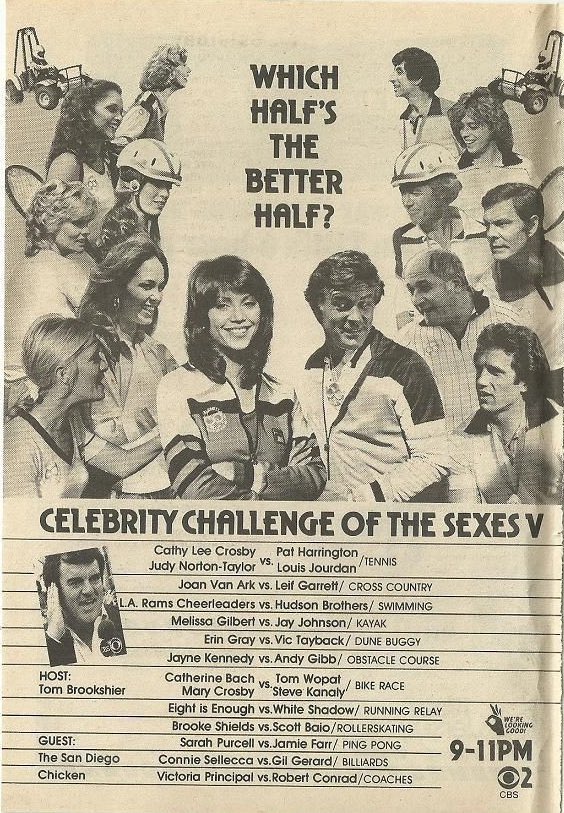 Now, of course, the years of feminist enlightenment have taught me not to objectify women celebrities. I’ll be switching over to the Lifetime Movie channel instead.

I’ll be downloading this off some Ukranian torrent and watching it in slow motion with the sound off until I pass out. And that should take about fifteen seconds at my age.

Perhaps I need Robert Conrad to be my coach. Now you & I know damn well he must have taken this WAY too seriously and screamed at those guys on his team for not pushing harder.

Well, maybe not that should-have-been-a-buddy-cop-show teaming of Louis Jourdan and Pat Harrington. See? Jourdan is the suave police detective on loan from Paris, while Pat plays his wacky informant who is a master of disguise…

It’s all cool in the end.  Conrad ordered up a big round of drinks at the bar afterwards and stuck Jamie Farr with the bill when he didn’t believe Farr’s “half the family dying, other half pregnant” story.

And is it just me, or is Connie Sellecca as a pool hustler the sexiest thing on there?